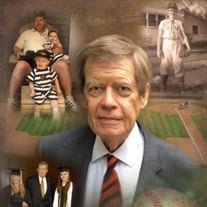 William Edwin “Bill” Day, a longtime Bluffton, Indiana, resident, passed away on October 28, 2020, in his Roanoke home following a slow decline in health in the last 15 years. Bill was born August 16, 1946, in Wells County Hospital, Bluffton, to Birdena N. (Voigt) and Charles E. Day. He was the valedictorian of his 1964 graduating class at Liberty Center High School and played basketball for the school team. He played on the team that famously held back Swayzee High School in a 1964 regional game that went into nine overtimes, setting the Indiana tournament overtime record in high school basketball that stands to this day. He was one of the players who valiantly kept that record-setting game going after the team’s star player fouled out. Bill graduated from Manchester College in 1968 and earned an MBA in finance from Harvard University in 1973. He worked as an accountant (CPA) for most of his professional career, including for Elizabeth Arden (New York City), Eli Lilly and Company (Indianapolis), and Town and Country Chevrolet, now Gates Chevy World (Mishawaka). He was an assistant professor of accounting at Manchester College, now Manchester University, from 1980 to 1984 and an associate professor from 1989 to 2006. During that time, he also was an independent accountant and continued to work in this field until his death. Clauser Furniture, owned by his lifelong friends Fred and Beth Clauser, was one of his most loyal and tenured clients of nearly 30 years. A faculty office recently was named in his honor in Manchester University’s Chinworth Center, the new home of the Gilbert College of Business, donated by the Doug and Linda Kroll family. A lifelong avid sports fan, Bill seldom missed football, basketball or baseball games while teaching at Manchester. He also enjoyed cross country and tennis meets and at one time served as Manchester’s tennis coach. During summer months, he traveled throughout the entire U.S., attempting to visit and attend games at every minor league baseball field in the country, an elusive goal as the number of fields grew exponentially with the rising popularity of minor league ball. He collected players’ caps from each team he visited, and his collection of these caps may be unparalleled. He also enjoyed train travel and strived to cover every foot of passenger train rail in the country. In later life, he became a proud University of Virginia sports fan where his daughter, Allison, graduated from in 2017 and now works. A member of the Liberty Center Baptist Church, he served as a deacon chair, finance secretary, and auditor until his death. This was his childhood church that he rejoined during his retirement years. In 2018, Bill achieved another lifetime goal, visiting Israel and the Holy Lands. His faith was extremely important and he attended Bible studies, Sunday school, and most church events if the doors were open and could usually be seen in a suit and tie. Palm Sunday was his favorite religious holiday. His preferred Bible was the King James version, which he read aloud everyday as a form of speech therapy after his stroke in 2005. Bill is survived by his daughters Anna in South Bend and Allison in Charlottesville, Virginia, and his sister Joyce (Dennis) Accavallo of Bluffton and his sister-in-law Pam Day-Meadors. He was preceded in death by his parents and brother Kent Day. Family will receive friends from 12 to 2 PM Saturday, November 7, 2020 at the Liberty Center Baptist Church, followed by funeral services at 2 PM with Pastor Aaron Westfall at that location. Burial will take place at Mossburg Cemetery immediately after the services. The safety of the family and all visitors is our utmost priority. For everyone’s safety, we ask that you practice social distancing. Masks are required for viewing and services. We appreciate your cooperation and patience. The family requests, in lieu of flowers, memorial contributions to Liberty Center Baptist Church or Children’s Hemiplegia and Stroke Association (CHASA) – an organization that benefited his daughter, Anna, who survived a stroke at birth, www.chasa.org. Funeral arrangements have been made through the care of the Thoma/Rich, Lemler Funeral Home in Bluffton. Friends can send online condolences to the Day family at www.thomarich.com.

The family of William "Bill" E. Day created this Life Tributes page to make it easy to share your memories.

Send flowers to the Day family.