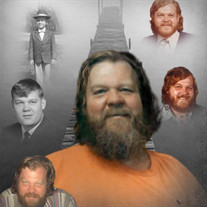 William C. “Bill” Bowman, 68 of Bluffton passed away on Saturday, August 24, 2019, at Ossian Health & Rehab. Center. Bill was born on December 3, 1950 in Bluffton to James W. & Carolyn J. (Murray) Bowman. He graduated from Bluffton High School in 1969. He furthered his education at Lincoln Technology Institute in Indianapolis and was a member of the First United Methodist Church in Bluffton. Bill enjoyed many years with Boy Scouts of America, building race cars, fishing and traveling. Bill worked as a diesel mechanic at the State Highway Garage, Wells County Highway Department and Gerber’s Garage, along with other garages. For many years, Bill enjoyed playing Santa Claus and handing out homemade candy. Bill is a member of the American Legion S.A.L. (Sons of the American Legion). Bill and Mary A. (McDaniel) were married on April 1, 1972 in Bluffton. Survivors include his wife Mary of Bluffton along with two sons; James L. (Jenna) Bowman of Bluffton and Jeromy E. (Erin) Bowman of Markle, and three grandchildren; Madison “Sunny” Bowman, Elliott Bowman and Lilly Bowman. Bill is also survived by his brother, Jeffrey L. (Sharon) Bowman of Bluffton and an uncle Gene E. (Carin) Murray of Fort Wayne along with many nieces and nephews. Bill is preceded in death by his parents and a brother, Keith M. Bowman. Services will be held at 10:30 A.M. Thursday (August 29, 2019) at the Thoma/Rich, Lemler Funeral Home in Bluffton with Pastor Sherrie Drake officiating. Calling hours will be held from 2 to 8 on Wednesday and for one hour prior to the service on Thursday at the funeral home. Memorials may be made in Bill’s memory to Boy Scouts of America, First United Methodist Church or Heart to Heart Hospice in Fort Wayne. Funeral arrangements have been entrusted to the care of the Thoma/Rich, Lemler Funeral Home in Bluffton. Friends can send online condolences to Bill’s family at www.thomarich.com.

The family of William "Bill" C. Bowman created this Life Tributes page to make it easy to share your memories.

William C. “Bill” Bowman, 68 of Bluffton passed away on Saturday,...

Send flowers to the Bowman family.