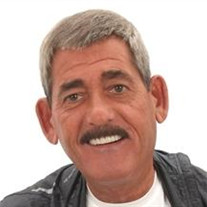 Timothy “Tim” N. Mock, 63 of Fort Wayne, and a longtime resident of Bluffton, passed away on Thursday morning, August 17, 2017, at his residence in Fort Wayne. Tim was born on March 18, 1954 in Bluffton to Maxwell & Antionette “Rubene” (Little) Mock. He graduated from Bluffton High School with the class of 1972. He was successful as an independent insurance agent and as a Certified Financial Planner for many years, earning the credentials of CLU, ChFC, MSFS, & CFP. He accomplished his professional goal of becoming a lifetime member of the Million Dollar Round Table. Tim loved to spend time with his family and friends. He enjoyed his Wawasee lake cottage and his condo in Florida. He could often be seen at the YMCA playing racquetball or driving around in his Corvette. Tim is survived by two daughters: Gwen (Jesse) Sheley of Fort Wayne and their children Jack, Max, Sam and Rachel Sheley, and daughter Tricia (Greg) Biehl of Urbana, IN and their children Ella, Evan & Cade Biehl. He is also survived by three sisters; Diane Enyart, Camille (Neal) Geisman, and Jolene Gibbs, all of Bluffton and his former spouse, Carol Mock of Bluffton. He is preceded in death by his parents and brother Michael M. Mock and brother Dorian Meadows, who died in infancy. A service to celebrate Tim’s life will be held at 10 A.M. on Tuesday (August 22, 2017) at the Thoma/Rich, Lemler Funeral Home in Bluffton. Calling hours will be held on Monday from 2 to 8 P.M. at the funeral home. Burial will follow at Six Mile Cemetery. Funeral arrangements have been entrusted to the care of the Thoma/Rich, Lemler Funeral Home in Bluffton. Friends can send online condolences to the family at www.thomarich.com.

The family of Tim Mock created this Life Tributes page to make it easy to share your memories.

Send flowers to the Mock family.