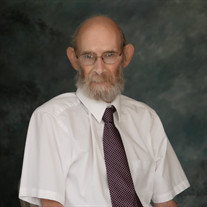 Stephan “Steve” Tennis Crum, age 68 of Bluffton was called home to be with his Lord, Saturday Sept. 27, 2014 at 6:33am. He passed away at his home, with loved ones by his side. Steve was a proud veteran of the United States Marine Corps. He moved up in rank to become Master Gunnery Sergeant. During his military service, Steve received several honors including a Rifle Sharp Shooter Badge, a Good Conduct Medal, a Sea Service Deployment Ribbon, a Navy Unit Commendation, a National Defense Service Medal, a Pistol Marksman Badge, an Overseas Ribbon, a Meritorious Service Medal, a Vietnamese Service Medal, a Republic of Vietnam Campaign Ribbon, and a Republic of Vietnam Cross of Gallantry Ribbon. He enjoyed serving his Country and retired after 27 years of dedicated service. He was employed as a supervisor at Peyton Northern in Bluffton for 5 years. He went on to work at Walmart Supercenter in Bluffton, and retired after 10 years. Steve loved hunting, fishing, gardening, and spending time with his family. He was a man of few words but could express his thoughts through a simple facial expression. He had a smile that could light up a room and a quiet chuckle that could melt your heart. He was a man of many titles, Husband, Brother, Dad, Pop, Poppy, Grandpa, but for anyone that knew him, they all called him a friend. Steve was born to Tennis Jackson Crum and Mabel Louise (Chaffin) Crum on August 19, 1946, in Cookeville, TN. He was raised by his maternal grandparents, Hiram and Sarah Chaffin in Cookeville, TN. He was preceded in death by his parents, a brother David W. Crum, a sister Darlene Crum, and a grandson Zebulon R. Crum. Surviving are his wife, Sue Ellen (Bradburn) Crum of Bluffton, a sister Sandy (Charlie) Murray of Maryland, children, Jennifer (Olin) Lehman of Berne, Randall S. (Jennifer) Crum of Ft. Wayne, and Sarah, M. Crum of Berne, five stepdaughters, Melissa D. (Shawn) Velasquez of Bluffton, Annessa J. (Steven) Scheibelhut of Bluffton, Alisha E. Smith of Fort Wayne, Telisha E. Jensen of Surprise, Arizona, and Falisha S. (Duane) Biberstein of Monroe, 13 grandchildren, and 2 nieces. “Marines don’t die, they are just called on to do another mission. I have a mission waiting for me in Heaven” -Steve Crum Funeral services will be held at 10:30 on Wednesday, October 1, 2014, at the Thoma/Rich, Lemler Funeral Home in Bluffton. Pastor Dan York will officiate. Calling hours will be held from 2 to 8 on Tuesday at the funeral home. Burial will take place at Fairview Cemetery where military honors will honor Steve for his service and will be performed by the U.S. Marines Honor Guard and the American Legion Post #111 of Bluffton. Memorials may be made to Family Life Care. Funeral arrangements have been entrusted to the care of the Thoma/Rich, Lemler Funeral Home in Bluffton. Friends can send condolences to the Crum family at www.thomarich.com.

The family of Stephan Tennis Crum created this Life Tributes page to make it easy to share your memories.

Send flowers to the Crum family.