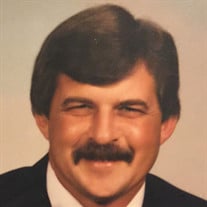 Ronald Swinford, 65, of Bluffton, died at 4:30 PM Wednesday, May 31, 2017, at Lutheran Hospital, Fort Wayne, IN. Born in Crawfordsville, Indiana on March 15, 1952 to George and Kathleen Swinford. A 1970 graduate of Valparaiso High School, Ronald also graduated from Valparaiso University in 1974 in the School of Accounting. He was an avid sports and football player at both Valparaiso High School and Valparaiso University. He was formerly employed at, Briner Building, Inc., his family’s construction company, in Bluffton, IN. He was also employed at Barton Malow Construction Company, during the initial construction of the GM plant, in Fort Wayne, IN. and later in Detroit, MI. Ronald was a devoted son, father, and grandfather. Family, friends, and people were his life’s passion. He enjoyed music, playing cards, and outdoor gardening. He always loved a great joke. Surviving family includes his mother; Kathleen Swinford of Bluffton, IN, his brother; Michael (Debbie) Swinford of Fort Wayne, IN, two daughters; Jennifer (Ty) Miller of Ossian, IN, and Sarah (Frank) Johnson of Bluffton, IN, one stepson; Shawn Mettler, and seven grandchildren; Triston, Ellie, and Hattie Miller, and Devin, Corian, Dillan, and Emma Jane Johnson. Also surviving relatives include his niece; Krista Swinford, his nephew; Nick Swinford, both of Fort Wayne, IN, an aunt; Carol Brownsburger of Elkhart, IN; and his uncle; Bob (Shirley) Swinford of Lafayette, IN, Ronald was also preceded in death by his father, George Swinford of Bluffton; four uncles Marvin, Jim, and Laverne Swinford and Bob James; one aunt Muriel Baker; and one stepson, Shane Mettler. Funeral services will be at 10:30 A.M. Tuesday, June 6, at the Thoma/Rich, Lemler Funeral Home in Bluffton, IN with Pastor Steven Bard officiating. Calling hours will be from 2 to 8 p.m. Monday, June 5 and 9:30 AM Tuesday, June 6 at the funeral home. Burial is at Fairview Cemetery, in Bluffton. The family would like to invite you to share in lunch, fellowship and memories immediately following the funeral and cemetery services. Preferred memorials, in lieu of flowers, are to the Boys and Girls Club in Bluffton, IN and the Mad Anthony’s Hope House in Fort Wayne, IN.

The family of Ronald Swinford created this Life Tributes page to make it easy to share your memories.

Send flowers to the Swinford family.