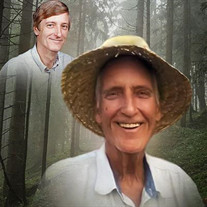 Richard A. Eubank, 69, of Markle, went peacefully home to be with his Lord at his residence, surrounded by family on Wednesday morning, July 18, 2018. He was born on January 11, 1949 in Bluffton to Harry B. & Ada Maxine (Baumgartner) Eubank. Richard graduated from Thomas R. White High School in Pendleton, IN with the class of 1970. He worked at Bachman’s Foods in Bluffton, Pretzel’s Inc. and for Franklin Electric. He owned and operated D& D Plumbing & Heating in Markle for over 10 years and retired from Bluffton Plumbing & Heating & Electric. Richard attended the Murray Missionary Church. On June 22, 1996 in Bluffton, Richard married B. Diana (Patterson) Eubank. Survivors include his wife of 22 years, Diana of Markle, along with a son, Jeffery A. (Lisa) Eubank of Bluffton and step-children; Tiffanee Cole of Huntington and Thad A. Castleman of Markle. He was a loving grandpa to 8 grandchildren, 5 step-grandchildren, 2 great-grandchildren and 4 step-great-grandchildren. Richard is also survived by two sisters Judy Ritter and Nancy Williams, both of Bluffton. He is preceded in death by his parents, a daughter Jill M. Herndon, and three brothers; Lawrence, David & Roger Eubank, and half-brothers; Robert, Jim and Harry Eubank. Funeral Service will be held at 10:30 A.M. on Monday (July 23, 2018) at the Murray Missionary Church with Pastor Mike Gilbert officiating. Calling hours will be held from 4 to 8 P.M. on Sunday at Murray Missionary Church, and for one hour prior to the service on Monday. Entombment will take place at Northridge Community Mausoleum at Fairview Cemetery in Bluffton. Memorials may be made in Richard’s memory to Ride 2 Provide, through the funeral home. Funeral arrangements have been entrusted to the care of Thoma/Rich, Lemler Funeral Home in Bluffton. Friends can send online condolences to the family at www.thomarich.com.

Richard A. Eubank, 69, of Markle, went peacefully home to be with his Lord at his residence, surrounded by family on Wednesday morning, July 18, 2018. He was born on January 11, 1949 in Bluffton to Harry B. & Ada Maxine (Baumgartner) Eubank.... View Obituary & Service Information

The family of Richard A Eubank created this Life Tributes page to make it easy to share your memories.