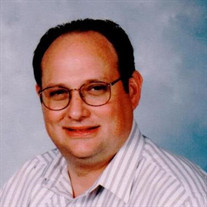 Patrick W. Marshall, 63 of Fort Wayne and a longtime Bluffton resident passed away on Friday (March 18, 2016) at his residence. Pat was born on November 20, 1952 in Fort Wayne to Richard D. & Jean J. (Graden) Marshall. He graduated from Bluffton High School in 1971. He graduated with a B.S. in business from Indiana Wesleyan University in Fort Wayne. He worked at PHD in Fort Wayne over 30 years and was recently working at BAE Systems in Fort Wayne for the last 8 years. He was involved with Fort Wayne Derby Girls where he was known as Father Time. He was an Eagle Scout, a member of the Masonic Lodge in Fort Wayne and the Fort Wayne Shrine. He attended Emmanuel Community Church in Fort Wayne and will be remembered as a man of his word. Pat loved the Chicago Bears and attended at least one game every year along with being an Alice Cooper fan and an avid book reader. He also loved to spend time with family, traveling and learning new things. He is survived by his mother Jean of Bluffton along with children: Nicole (T.J) Keller, Kiersten Marshall, and Tessa Marshall all of Fort Wayne along with six grandchildren. He is also survived by a sister Kay (Rod) Stine and nieces: Stefanie and Sarah Stine all of Huntington. He is preceded in death by his father Richard in 2014 and grandparents Fred & Florence Graden and Homer & Lula Marshall. Calling hours will be held from 5 p.m. to 8 p.m. on Tuesday at the Thoma/Rich, Lemler Funeral Home in Bluffton with a Masonic Memorial Service at 8 p.m. A service to celebrate Pat’s life will be held at 10 a.m. on Wednesday (March 23, 2016) at the funeral home, with calling for one hour prior to the service. Pastor Robert Bruce will officiate. Burial will take place at Elm Grove Cemetery in Bluffton. Memorials may be made to the Emmanuel Community Church in Fort Wayne or Allen County Animal Care and Control. Funeral arrangements have been entrusted to the care of the Thoma/Rich, Lemler Funeral Home in Bluffton. Friends can send online condolences to the family at www.thomarich.com.

Patrick W. Marshall, 63 of Fort Wayne and a longtime Bluffton resident passed away on Friday (March 18, 2016) at his residence. Pat was born on November 20, 1952 in Fort Wayne to Richard D. & Jean J. (Graden) Marshall. He graduated from Bluffton... View Obituary & Service Information

The family of Patrick W Marshall created this Life Tributes page to make it easy to share your memories.

Patrick W. Marshall, 63 of Fort Wayne and a longtime Bluffton...

Send flowers to the Marshall family.