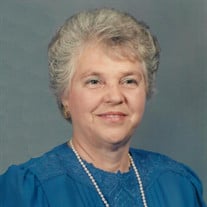 Please Note Service Arrangements have been updated below. A Memorial Gathering will be held on Saturday, July 11, 2020, from 2 P.M. to 4 P.M. at the Christian Care North Shores Activity Center. Guests will be able to visit with Pat&#8217;s... View Obituary & Service Information

The family of Patricia Ann Eley created this Life Tributes page to make it easy to share your memories.

Please Note Service Arrangements have been updated below.
A Memorial...

Send flowers to the Eley family.