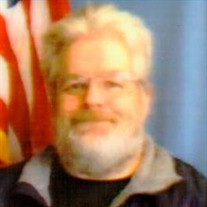 Kenneth “Ken” A. Kain, 66, of Ossian passed away at 9:08 p.m. on Wednesday (December 14, 2016) at Lutheran Hospital in Fort Wayne. Ken was born on August 22, 1950 in Fort Wayne, Indiana to Ray Eugene Kain and Dorothy Dorey Kain. He graduated from Bluffton High School with the class of 1969. He served his country in the United States Army from 1971 to 1973. On May 28, 1998 in Middletown, Indiana, Ken and Melvalene (Mel) Scheumann-Kain were married; she survives. Ken & Mel owned and operated the Watering Wheel in Ossian for over 10 years. He worked for the V.F.W. in Waynedale and as a driver for the Schwann Company. Other survivors include sisters, Linda (Bob) Williams of Bluffton, Sandy (Bob) Kain Banghart Denton of Mentone, and brothers, Ricky Scheumann of Markle, Norm (Sally) Kain of Bluffton, Tom (Pat) Sturgis of Tuscola, IL, and Ted (Cindy) Sturgis of Evansville and aunts, uncle, cousins, nieces and nephews. He is preceded in death by his parents, step-mother, Betty Biberstine Sturgis Kain, a sister, Rita L. Sturgis Claybaugh, and a brother, Bill Kain. Friends are invited to share memories with the family from 3 to 7 p.m. on Monday (Dec. 19, 2016) and on Tuesday from 5 to 7 p.m. (Dec. 20, 2016) at the Thoma/Rich, Lemler Funeral Home in Bluffton. Memorials may be made in Ken’s memory to the Fort Wayne Rescue Mission. Funeral arrangements have been entrusted to the care of the Thoma/Rich, Lemler Funeral Home in Bluffton. Friends can send online condolences to the family at www.thomarich.com.

The family of Kenneth "Ken" A Kain created this Life Tributes page to make it easy to share your memories.

Send flowers to the Kain family.