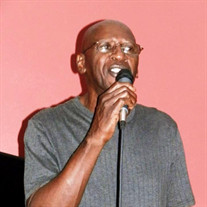 Jerry E. Harris, 74, of Bluffton passed away on Sunday evening, May 7, 2017. Funeral arrangements for Jerry have been entrusted to the care of the Thoma/Rich, Lemler Funeral Home in Bluffton. IN MEMORIAM: JERRY EDWARD HARRIS Last night... View Obituary & Service Information

The family of Jerry E Harris created this Life Tributes page to make it easy to share your memories.

Jerry E. Harris, 74, of Bluffton passed away on Sunday evening,...

Send flowers to the Harris family.