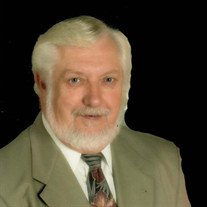 Jaroslav “Jerry” Zigl 79, of Warren, passed away Sunday afternoon October 18, 2020 at his residence surrounded by his family. Jerry was born July 2, 1941 in Rovno, Ukraine to Boris and Maria (Firczuk) Zigl. Jerry graduated from High School in Van Etten, NY in 1959. He attended Corning Community College Majoring in Production and Inventory Control. Jerry served in the U.S. Army as a PVT-E2. He served from February 6, 1964 to September 13, 1968. Jerry spent most of his childhood in Europe in the Czech Republic and England. He came to the U.S. in 1954. He lived in New York, moving to Van Etten, New York to start farming with his parents. He was drafted by the Army in 1964 serving till 1968. He became a U.S. citizen in 1971. Jerry moved to Indiana in 1985 where he married the love of his life Carol Lynn (Burnham) Zigl on August 15, 1986 in Fort Wayne, IN. He has been a parishioner at St. Mary Catholic Church in Huntington since 1996. Jerry had worked as a waiter at Vasata Restaurant and Ruc Restaurant in New York City from 1959 – 1963, he was an accountant for Motal Custom Darkrooms in New York City from 1963 – 1981, and was also self-employed Hog Farmer from 1959 – 1981, he was employed at American LaFrance Fire Truck Manufacturer in Inventory Control from 1981 – 1985, then finally retiring in 2019 after working at Wayne Metal Products as an Scheduler/Job Cost Analyst since 1985. Survivors include his wife Carol Lynn Zigl, daughter Maria Zigl, a sister and brother-in-law Lydia Van Atta (Ron), a niece Nicole Van Atta, Nephew Steven Van Atta (Mellisa) a nephew Craig Van Atta (Nicole Marie), great nieces Abby, Emma, Layna Marie Van Atta, along with cousins Lida Hajdochuk, and Luba Firchuk, along with many other nieces, nephews, and cousins in the Ukraine and Macedonia. Mass of Christian Burial will be celebrated at 9 A.M. (October 24, 2020) at Saint Nicholas Ukrainian Catholic Church in Elmira Heights, New York with Rev. Father Robert Moreno officiating. Burial will follow at Saint Nicholas Ukrainian Catholic Cemetery also located in Elmira Heights, New York. Preferred memorials may be made in Jerry’s memory to St. Mary Catholic Church in Huntington. Friends can visit with the Zigl family for one-hour prior to mass on Saturday at Lynch Funeral Home in Horseheads, New York. Funeral arrangements have been entrusted to the care of the Thoma/Rich, Lemler Funeral Home in Bluffton. Friends can send online condolences to the family at www.thomarich.com.

The family of Jaroslav (Jerry) Zigl created this Life Tributes page to make it easy to share your memories.

Send flowers to the Zigl family.