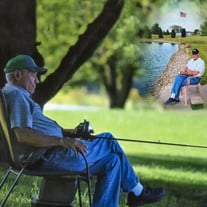 Herman E. Satterfield, Jr., 84 of Bluffton, passed away on Friday, September 17, 2021 at Lutheran Hospital in Fort Wayne. He was born on July 6, 1937 in Calvert City, KY to Herman Edward & Mary (Culp) Satterfield. After graduating from Bluffton High School, Herman joined the United States Army. He spent over eight years serving our country in Germany. Upon returning home, Herman worked at Hulcher Services, a railroad service contractor, for 18 years as a Superintendent and a Regional Manager. He started his own company, H. E. Satterfield Construction in Bluffton, and worked for many years. On October 20, 1956, Herman and Mary Jo “Jody” Satterfield were married. They shared 58 years of marriage before she preceded him in death on September 29, 2014. Herman is survived by his children, Cheryl (Mark) Coratti of Bluffton, Debra Coffield of Fayetteville, GA, and Darrell Satterfield of Fort Wayne, seven grandchildren, Brandon (Jenni) Coratti, Kristen (Michael) Prible, Brook (Nicole Bustos) Coratti, Amanda Coffield, Ryan Coffield, Trenton (Tammy) Satterfield and Travis Satterfield; and 15 great-grandchildren. He is also survived by two sisters, Betty Arnold and Shirley Taylor, both of Bluffton. He is preceded in death by his parents, his wife Jody, and his siblings, George Satterfield, Tom Satterfield, Hazel Reed, Helen Terhune and William Cyrus Satterfield. Services will be held at 3 P.M. on Wednesday, (Sept. 22, 2021) at the Thoma/Rich, Lemler Funeral Home in Bluffton. Burial will follow at Elm Grove Cemetery with military honors by the United States Army Honor Guard and the American Legion Post #111 Honor Guard. Visitation hours will be held on Wednesday from 12 Noon to 3 P.M., prior to the funeral service. Preferred memorials can be made to Operation Second Chance and can be sent to the funeral home. Funeral arrangements have been entrusted to the care of the Thoma/Rich, Lemler Funeral Home in Bluffton. Friends can send online condolences to the family at www.thomarich.com.

Herman E. Satterfield, Jr., 84 of Bluffton, passed away on Friday, September 17, 2021 at Lutheran Hospital in Fort Wayne. He was born on July 6, 1937 in Calvert City, KY to Herman Edward & Mary (Culp) Satterfield. After graduating from Bluffton... View Obituary & Service Information

The family of Herman E. Satterfield created this Life Tributes page to make it easy to share your memories.

Send flowers to the Satterfield family.