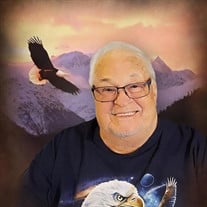 Donald Lee West 82, of Bluffton passed away Sunday September 26, 2021 at his home surrounded by his loving family. Donald was born March 28, 1939 to Walter and Rosie (Parks) West in Bonnie Blue, VA. Donald worked at Decatur Casting for 13 years before retiring. He then worked construction for several different companies. He was a member of Local 213 Union Hall. He also attended Bluffton Church of God. His marriage to Eunice Barton was on November 21, 2015. He is survived by his wife Eunice West of Bluffton, children; Angela West-Waldron of Bluffton, Tammy King of Bluffton, Stacey West of Warren, Kelly (David Jr.) Gardner of Bluffton, Robert Barton of Bluffton, Terry (Tracey) Barton of Bluffton, Lisa (Bill) Grogg of South Whitley, Jason Barton of Anderson, Shaun (Amy) West of Hartford City, siblings Pauline Rothgeb and Bernice Wine both of Fort Wayne, Midge Ginter of Liberty Center, along with 36 grandchildren and 28 great-grandchildren. He was preceded in death by his parents, his wife Lousie D. West, siblings Ruby Mae Copeland, Harold, Raymond, Claude and Charles B. West and Stella Masterson. Funeral Services for Donald will be held at 1pm on Thursday, September 30, 2021 at the Thoma/Rich, Lemler Funeral Home with Pastor Bobby Thomas officiating. Burial will follow at Prairie View Cemetery in Tocsin, IN. Visitation hours will be from 2pm to 8pm on Wednesday September 29, 2021 at the funeral home and for one hour prior to the service on Thursday. Memorials may be made to the Bluffton Church of God. Funeral arrangements have been entrusted to the care of the Thoma/Rich, Lemler Funeral Home in Bluffton. Friends can send online condolences to the family at www.thomarich.com.

The family of Donald Lee West created this Life Tributes page to make it easy to share your memories.

Send flowers to the West family.