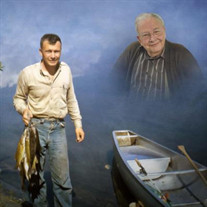 Donald E. Shady 97, resident of Decatur passed away Sunday evening November 14, 2021. Don was born July 22, 1924, in Fort Wayne, IN to Dortha C. and Edna M. (Ehrman) Shady. Don was a 1942 graduate of Kirkland Township High School. He served his country during WWII in the U.S. Air Force. He worked at Central Soya for 37 years before retiring in 1982. He was a member of Pleasant Dale Church of the Brethren, Decatur and attended First Church of Christ while living in Bluffton. On May 15, 1946, Don married Anna Louise Barger, she preceded him in death March 24, 1981. On April 1, 1982, Don married Betty J. Singleton, she preceded him in death on June 1, 1995 and on August 24, 1996, Don married Joyce Smith who survives. Don is survived by his wife Joyce Shady of Bluffton, a son Jeffrey (Connie) Shady of Decatur, IN; daughters Kathy (Craig) Fiedor of Uniontown, PA; Melinda (Christopher) Liby of Rochester, IN. He is also survived by two step-sons, Don Smith of Bluffton, and Neal Smith of Lanesville, IN and five step-daughters Judy Thompson and Sherri (Charlie) Smiley of Bluffton, Sandra Collier and Susan (John) Fuelling of Decatur; Saran Winkler and a step-son Scott Singleton both of Sarasota, FL. Also surviving are a son-in-law Robert Meyer, Ft. Worth, TX and a step-son-in-law Joe Poffenberger of Bluffton. He was preceded in death by his parents, a daughter Rebecca Meyer, his brother William A. Shady, a step-daughter-in-law Cynthia Poffenberger, and a step-son-in-law David Collier. A funeral service will take place at 11:00 A.M. Thursday, November 18, 2021 at the Pleasant Dale Church located at 4504 West 300 North, Decatur, IN, with Pastor Jay Carter officiating. There will be calling at the church prior to the service from 9 to 11 A.M. Burial will follow in Pleasant Dale Cemetery located by the church. Memorials may be made in Don’s memory to the Pleasant Dale Church or Visiting Nurse. Don’s arrangements have been entrusted to the care of the Thoma/Rich, Lemler Funeral Home in Bluffton. Friends can send online condolences to the family at www.thomarich.com.

The family of Donald E. Shady created this Life Tributes page to make it easy to share your memories.

Send flowers to the Shady family.