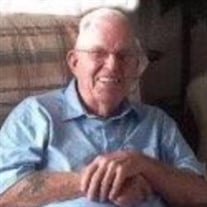 Donald A. Diehl, 92 of Bluffton, passed away on Thursday morning, Nov. 5, 2020, at Christian Care Retirement Community. Don was born in Chicago, IL. on July 20, 1928 to William and Harriet (Pulaski) Diehl. He married Jeanette "Jan" (Marunde) on September 29, 1966 in Villa Park, IL. Don worked as a bank examiner for the FDIC and at Harris Bank in Illinois, where he retired in 1988. Growing up, Don was active in the Boy Scouts of America as an Eagle Scout and was a polio survivor. He was an avid fisherman and enjoyed many fishing trips to Canada! He was a lifelong fan of the Chicago Cubs, Blackhawks and Bears. He played in cribbage leagues when he and Jan lived In Sarasota, Florida for many years. Don served as Treasurer of the Condominium Board for many years where they resided in Florida. Survivors include his wife of 54 years, Jan of Bluffton along with a daughter, Donna (John) Emshwiller of Bluffton, son Bill (Carol) Kovach of Wolcottville and 7 grandchildren; Brian Kovach, Bridget Kovach Vasquez, Brittney (Kevin) Gerrish, Brad Kovach, Evan (Mandy) Kovach, Rachel (Alex) Fiock and Lucas Emshwiller, along with 10 great-grandchildren. Don is preceded in death by his parents and a brother, Howard Diehl. Due to the pandemic, there will be no service at this time. Burial will be at a later date at Ridgewood Cemetery in Des Plaines, Illinois. Funeral arrangements have been entrusted to the care of the Thoma/Rich, Lemler Funeral Home in Bluffton. Friends can send online condolences to the family at www.thomarich.com.

The family of Donald A. Diehl created this Life Tributes page to make it easy to share your memories.

Donald A. Diehl, 92 of Bluffton, passed away on Thursday morning,...

Send flowers to the Diehl family.