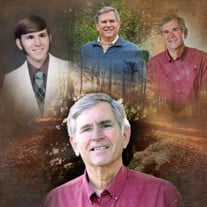 David P. Merchant, 69 of Markle, passed away on Wednesday, January 19, 2022 at Lutheran Hospital of Fort Wayne. He was born on September 10, 1952 in Landstuhl, Germany to Ronald & Beverly (McClenny) Merchant. Dave graduated from Elmhurst High School in 1970, then received his Associate Degree in Applied Science from Purdue University in 1973. He later received his Bachelor of Science from Purdue in 1996. He worked for Franklin Electric for 40 years in a vast array of electrical, mechanical and production engineering positions. He started in Bluffton and finished his career in Gas City. On September 20, 1975, Dave and Marquita Lacoax were married at Zanesville United Methodist Church. They shared 46 years of marriage together. Dave and Marquita have been members of Hope Missionary Church for over 38 years. Dave volunteered in many roles at the church, including sound technician, welcome center, doing finish work and was involved in the expansion process, along with being a regular participant in the Go Days Community Outreach service projects. He participated in a mission trip to Biloxi, Mississippi. Dave was also a supporter of and regular participant in the Right to Life Movement. Dave is survived by his wife, Marquita of Markle, his three children; Benjamin (Amber) Merchant of Fort Wayne, Sarah (Paul) Ziegler of Waynedale, and Randy (Konny) Merchant of Fort Wayne, six grandchildren; Avery, Atticus & Atlas Merchant, Chloe Ziegler and Paige & Mason Merchant. He is also survived by a sister Sharon (David) Scheiber of Churubusco. Dave is preceded in death by his parents. Funeral service will be held at 3 P.M. on Sunday, January 23, 2022 at Hope Missionary Church in Bluffton with Pastor Mark Wilson officiating. Burial will follow at Hoverstock Cemetery in Zanesville. Calling hours will be held from 2 to 8 P.M. on Saturday, January 22, 2022 at the Thoma/Rich, Lemler Funeral Home in Bluffton and for one hour prior to the service at the church. Memorials may be made in Dave’s memory to Cancer Services of Northeast Indiana or to Helping Hands in Bluffton. Funeral arrangements have been entrusted to the care of the Thoma/Rich, Lemler Funeral Home in Bluffton. Friends can send online condolences to the Merchant family at www.thomarich.com.

The family of David "Dave" P. Merchant created this Life Tributes page to make it easy to share your memories.

David P. Merchant, 69 of Markle, passed away on Wednesday, January...

Send flowers to the Merchant family.