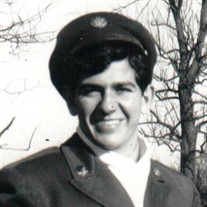 Claude J. Mounsey “C J” passed away the morning of June 29, 2015. C J was a local farm and land owner. He was born in Bluffton, Indiana, July 19, 1923 to Claude L. and Mae (Beaty) Mounsey. As a youth his achievements included becoming an Eagle Scout. He was awarded letters in track and wrestling while attending Purdue University. He won the Danfourth Fellowship, awarded to outstanding freshman. He was a member of Alpha Phi Omega, a national service honorary fraternity and a member of the Acacia Fraternity. He graduated from Purdue University with honors. He volunteered to serve in the U.S. Air Force when he was 19 during WWII and earned his pilot wings. He married the lovely Catherine McCargish from Cuchara, Colorado in December 1948. He worked for over 10 years as an appraiser for the Federal Land Bank, following in his father’s footsteps. He then successfully launched and ran several successful companies for over 40 years, including Plastic Top Fabricators, Interior Design and Counter Top Supply. He was a member of the Masons. He returned to the Montpelier area in the 1990’s and settled down to happily run his farms. He is survived by his beloved wife, Catherine Mounsey; his children, Claudia Mounsey Lau and Mark Mounsey; and his grandchild Michael Claude Willis Lau. A Celebration of Life service will be held at 3:30 PM this Friday (July 3, 2015) at the Asbury United Methodist Chapel at 8013 West 1100 South-90, Montpelier, IN 47359. Pastor Phil Freel will officiate. Private family burial will take place at Woodlawn Cemetery in Warren. Memorials may be made in C J ’s memory to the Asbury United Methodist Church through the funeral home. Funeral arrangements have been entrusted to the care of the Thoma/Rich, Lemler Funeral Home in Bluffton. Friends can send online condolences to the family at www.thomarich.com.

The family of Mr. C.J. Mounsey created this Life Tributes page to make it easy to share your memories.

Send flowers to the Mounsey family.