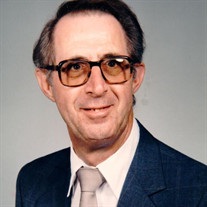 Albertus “Al” Vanden Top, 81 a resident of Bluffton passed away at 9:20 a.m. Saturday, August 20, 2016, at Heritage Pointe in Warren. Al was born on December 24, 1934 in Barneveld, Netherlands to Cornelus & Janet (Dekkers) Vanden Top. He moved to Canada with his family at the age 13 and served as a Corporal from 1956 to 1960 in the Canadian Army. After being pen pals a while, on April 2, 1961 in Bluffton, Al and Marilyn S. Higgins were married, lived in Toronto, then moved to Bluffton. On December 6, 1965 became an American Citizen, something he held great pride in. He obtained his associates degree in Accounting from I.U. and his B.S in accounting from Indiana Wesleyan. He worked at Bachman Foods in Bluffton and as a Senior Tax Accountant for Blue Flame Gas Company in Bluffton for 22 years, retiring in 1999. He was an active member of the Zanesville United Methodist Church and First United Methodist Church in Bluffton, where he served as the church accountant at both churches. Survivors include his wife Marilyn of Warren along with a son Thomas (Heather) G. Vanden Top of Yoder, a daughter-in-law Rhonda Vanden Top of Bluffton along with five grandchildren; Hannah and Andrea Vanden Top, Grace, August and Eli Vanden Top along with a brother Henry Vanden Top of Brampton, Ontario. Al is preceded in death by his parents and a son James “Jimmy” Vanden Top on December 20, 2007 and a brother Cornelus Vanden Top. Funeral Service will be held at 10:30 a.m. on Friday (August 26, 2016) at the Thoma/Rich, Lemler Funeral Home in Bluffton. Pastor Steve Bard will officiate. Burial will follow at Elm Grove Cemetery in Bluffton. Calling hours will be held from 1 to 3 p.m. on Thursday at the Applegate Chapel at Heritage Pointe in Warren and from 5 to 8 p.m. on Thursday at the Thoma/Rich, Lemler Funeral Home in Bluffton. Memorials can be made to: First United Methodist Church, Heritage Pointe in Warren or Visiting Nurse & Hospice Home in Fort Wayne. Funeral arrangements have been entrusted to the care of the Thoma/Rich, Lemler Funeral Home in Bluffton. Friends can send online condolences to the family at www.thomarich.com.

The family of Albertus "Al" Vanden Top created this Life Tributes page to make it easy to share your memories.

Albertus “Al” Vanden Top, 81 a resident of Bluffton passed away...